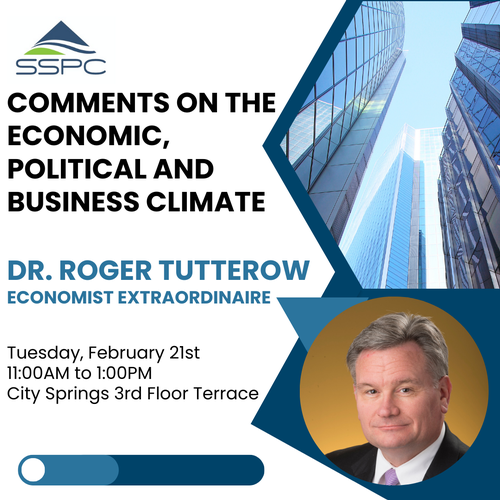 Join us for our February Signature Luncheon on February 21st at City Springs.

In addition to his work in academia, Dr. Tutterow has served as a consultant on financial economics and statistical modeling for corporate clients ranging from Fortune 500 companies to closely-held businesses. He has provided expert testimony on economic, financial, and statistical matters in state and federal court, before the Georgia General Assembly and before the Georgia Public Service Commission. Dr. Tutterow has given several hundred speeches to professional groups in over 40 states and Canada on topics in the economic, business, and political arenas.

Registration required. Registration closes on Monday, February 20th at 12PM or when the attendance limit is met. No refunds will be given for no-shows nor cancelations.
Set a Reminder:
Business Directory Events Calendar Hot Deals Member To Member Deals Job Postings Contact Us Weather
Go mobile with MyChamberApp!